Next: Westbound     Next: Eastbound

On the border between Ortiz, Colorado  and Los Piños, New Mexico, we find a lush marsh along the Los Piños River on the high plain, two tiny villages inhabited by Hispanics with roots in New Mexico that go back to the 16th century. We stopped the car when an elderly gentleman walking a Newfoundland approached. “Beautiful morning,” he said, smiling genially at the strangers in the muddy car with Massachusetts plates. And it was. We suspected it might have been just like yesterday, but the clear sunlight, deep blue sky, and dry air of the 8,000 foot plateau was unmistakably perfect. We asked him about the survey marker; he described precisely where to find it. 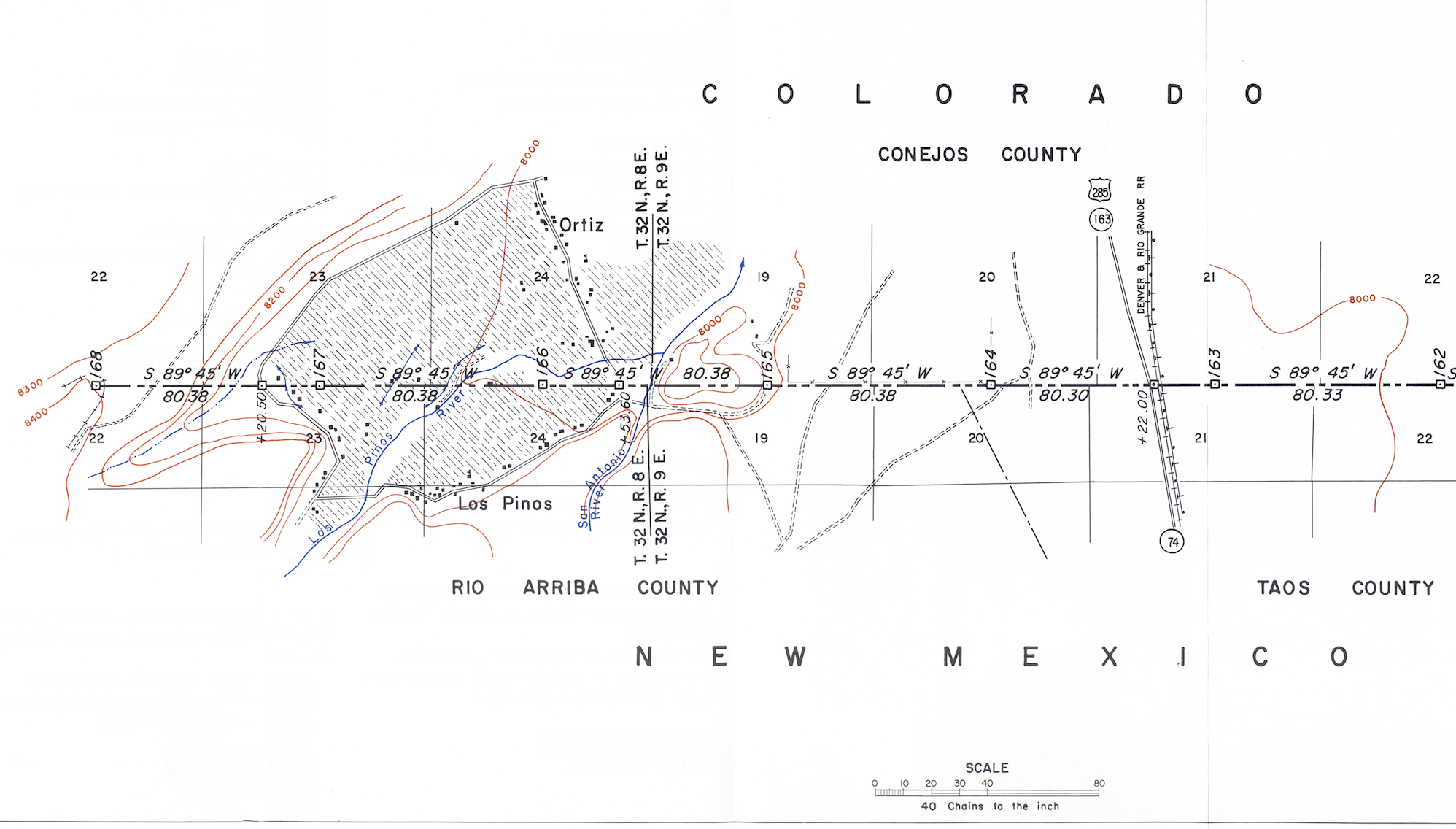 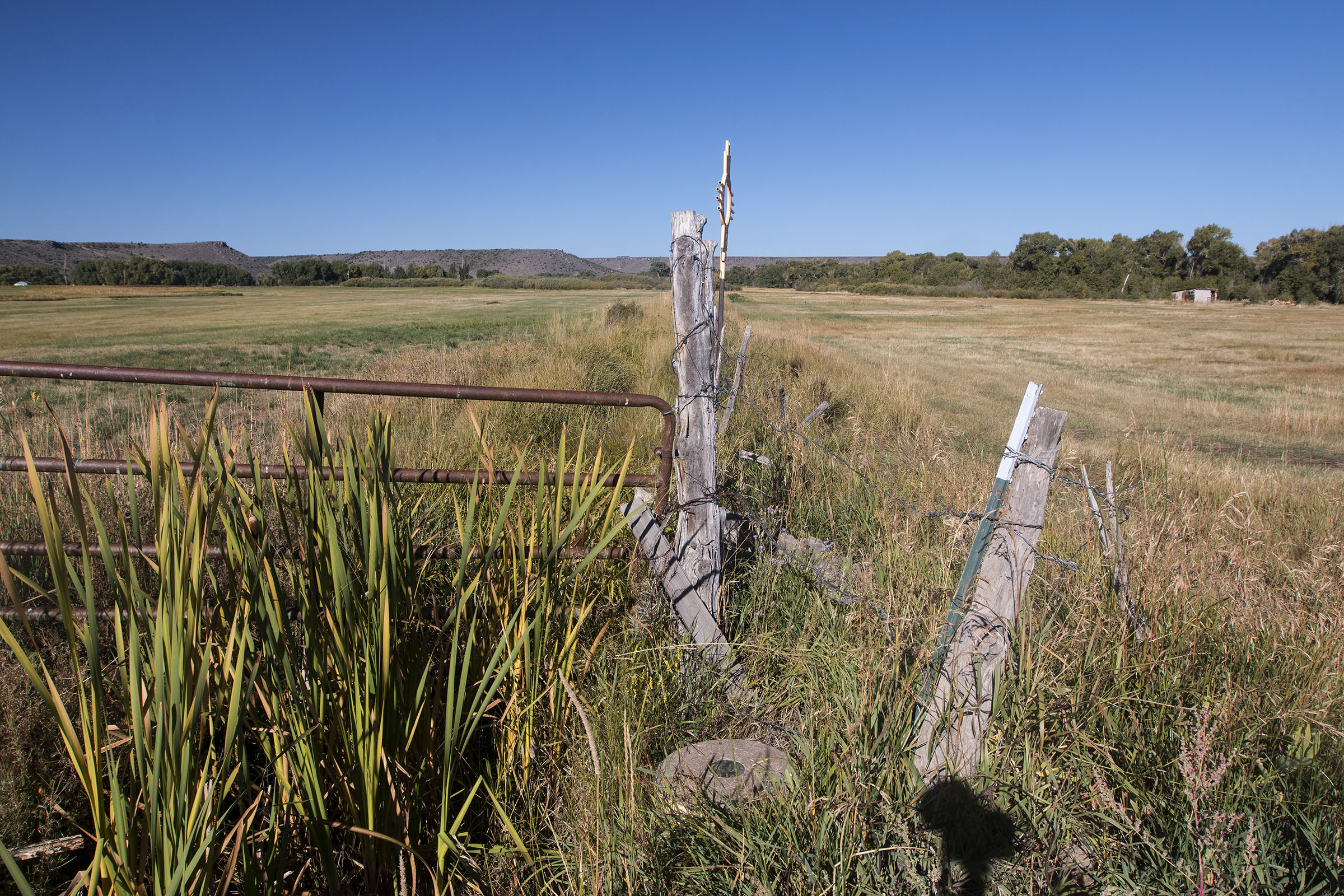 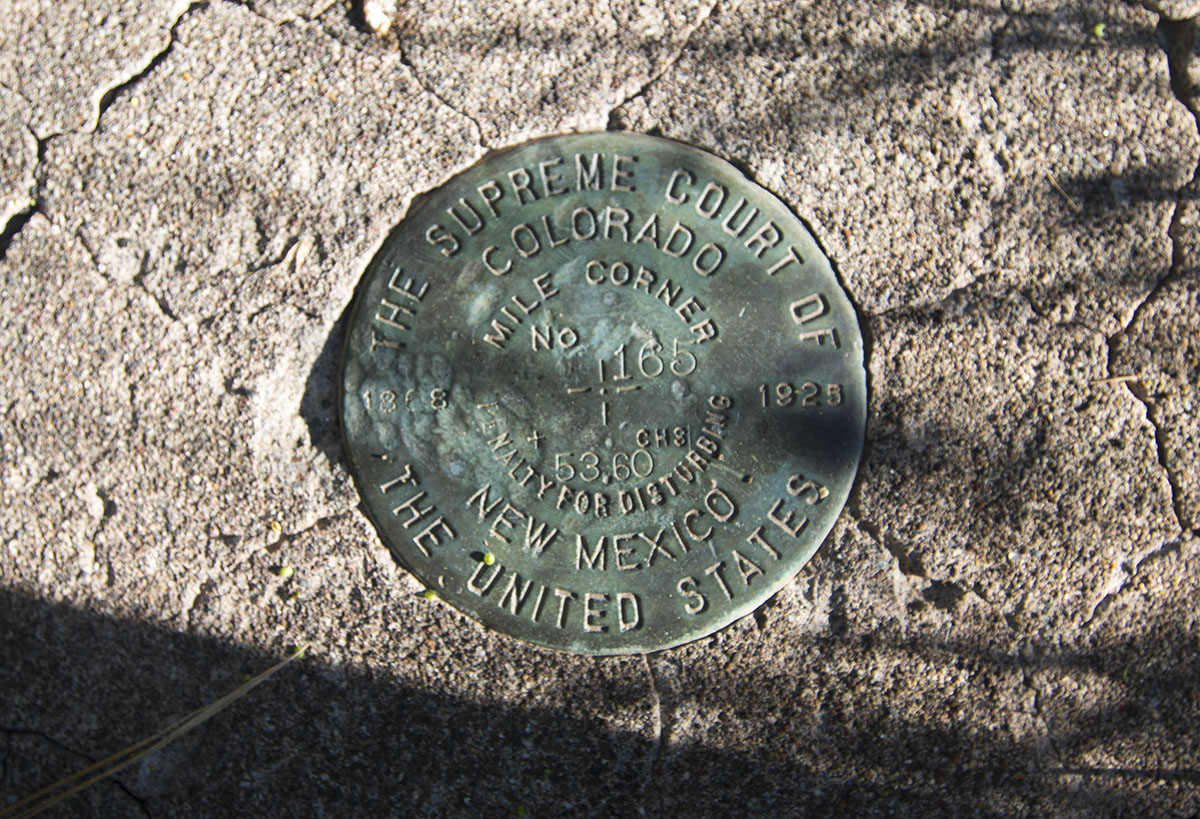 After making a photograph of Kidder’s monument along the gravel road between Ortiz and Los Piños, we waved down a slowly passing car. The young driver rolled down his window and with a smile, accepted our apology for stopping him. We told him what we were doing and asked about the Mile 166 marker, about 3/8 of a mile away (26.4 chains, actually). We were told to continue along the road to the Martinez property and inquire there.

“Beware of dogs” read the sign at the mailbox. We were greeted by a young pup, an old lab, and a third non-AKC dog. The property owner came out of the house and told us we could head out back; he was a little unclear on the location of the surveyor’s monument, but he knew he’d seen it some time;  we headed to the back of his property and wandered back and forth along the line. Two of the dogs were happy to accompany us as we climbed over and under barbed wire fences; I felt a seam catch on a barb but didn’t stop to check on the damage. Eventually we found the marker tightly embedded in a thicket of willow saplings– no panoramas here. No wonder Martinez was unclear on the marker’s location: even in the dead of winter it would have been camouflaged by the willows.

On our way out, Martinez came up, asking, “Is this your wallet?” Indeed it was. The barbed wire had ripped the seam of my pocket, releasing the wallet, and the puppy had carried it back to the house. A lucky day.

We’ve been told that xenophobia is typical in high plains hamlets the size of Ortiz or Los Piños; it’s understandable, of course, that people who rarely see outsiders might greet them with suspicion. Now, maybe it’s just the Hispanic population of the New Mexico-Colorado border who turn this stereotype on its head, but I for one will be looking for an excuse to return. 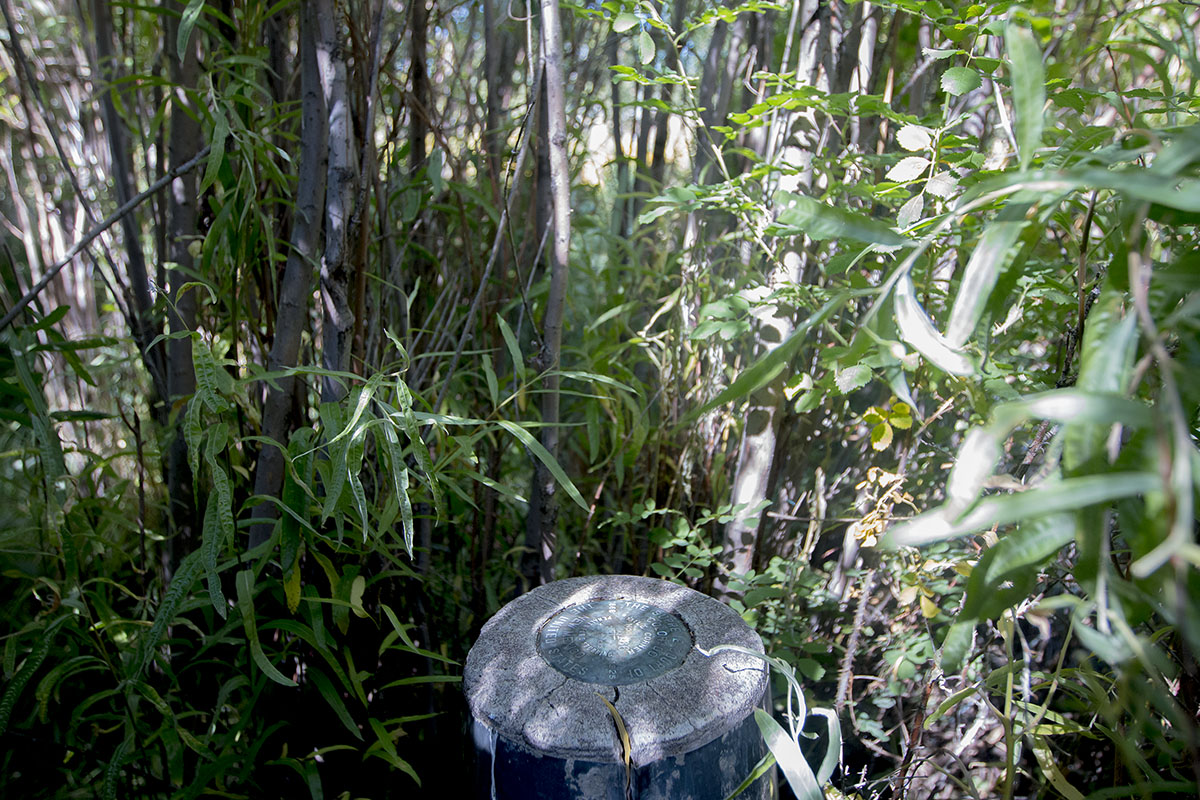