On the east bank of the Rio Grande River, storied as the water supply for the thousands of sandhill cranes at Bosque del Apache National Wildlife refuge and for the lake at Elephant Butte dam near Truth or Consequences before it flows south through Big Bend National Park in Texas where it’s described as an indefensible border between the US and Mexico. More importantly, of course, the river supplies irrigation from Colorado to Tamaulipas, Mexico. Here on the borderland plateau it’s a pleasant, green-lined stream in a shallow but dark canyon below the perennially-parched rangeland.

Looking west over the Rio Grande. 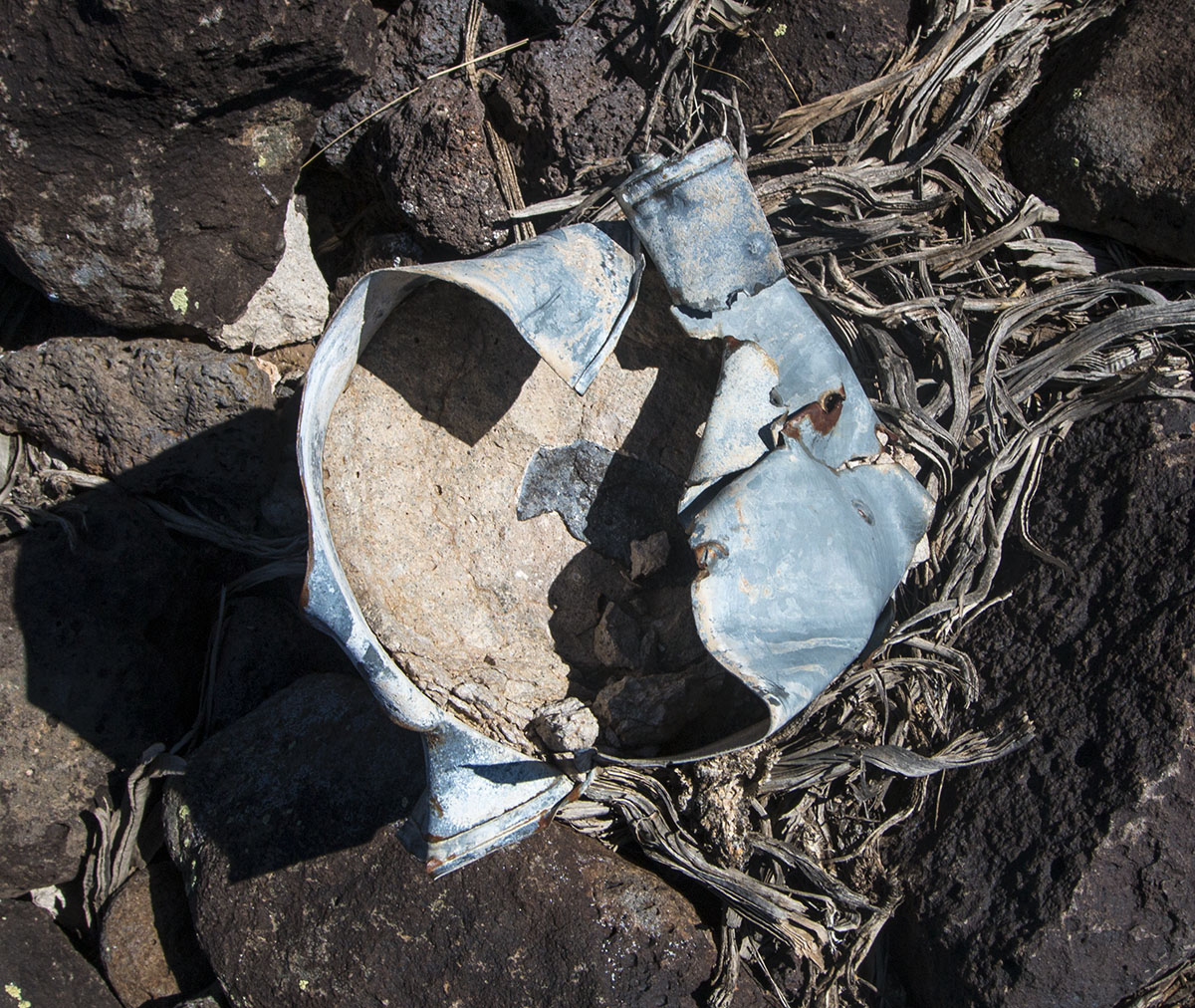 A little less than a mile east, Mile 147 sits next to the road along the state boundary. On the left, one small house near the edge of the immense quadrangle known to USGS as Sky Valley Ranch. On the right Ute Mountain, a 2000 foot symmetrical cone, rises above the Rio Grande del Norte National Monument, an immense swath of cactus and grass that’s difficult to raise cattle on. 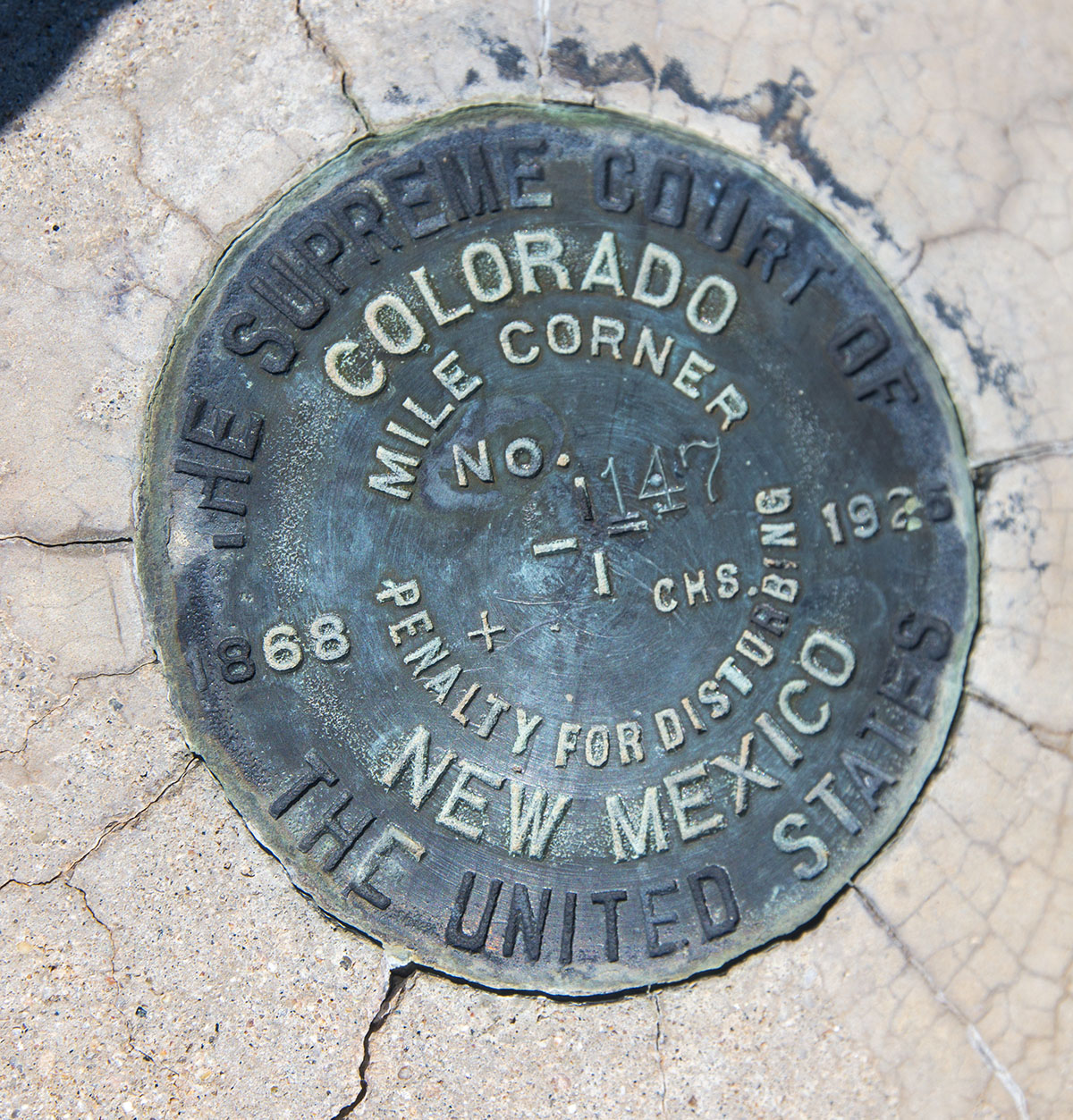