Next westbound: North of Teec Nos Pos  Next Eastbound: Mile 239 near US 160

Here’s the thing: every schoolchild learns that there’s only on spot on the US map where four states intersect. Now, none of the surveyors– Ehud Darling, Howard Carpenter, in particular– managed to identify a spot that actually lay on the 37th parallel, so the spot they picked is something of a compromise. Now, this fudged marker is at the center of an elaborate plaza, circled by knickknack sellers. At least the Navajo Nation benefits from all the Minnie Winnies and Dutchmen Kodiaks that stop by on their way to Mesa Verde, Colorado or Winslow, Arizona. The official intersection, intended to be located at 37 degrees north latitude, 109 degrees west longitude, is actually located at is at  N 36 59’ 56.31532″  W 109 02’ 42.62019″.

But there’s another thing: for the Navajos, Four Corners cannot be reduced to a fencepost or a terrazzo plaza where tourists selfie themselves playing Twister on the four states. Instead, Four Corners refers to the entire Navajo world, which is defined by sacred mountains outside of the Navajo homeland. The breadth and space of the four corners might analogized by Ian Turner’s anthem from 1963, Four Strong Winds, even though Alberta, Canada was the focus of his song.

About 200 yards north of the Four Corners plaza stands a solitary fencepost, placed right on 37 degrees north latitude. The Navajos had intended to offer camping sites here: cooking grills range forlornly to the west of the line.

Just to make it semi-official, next to the post is an iron stake with a small bit of plastic tied around it. The stake’s location is shown on the GPS device as same longitude as the official benchmark but actually on the 37th parallel: 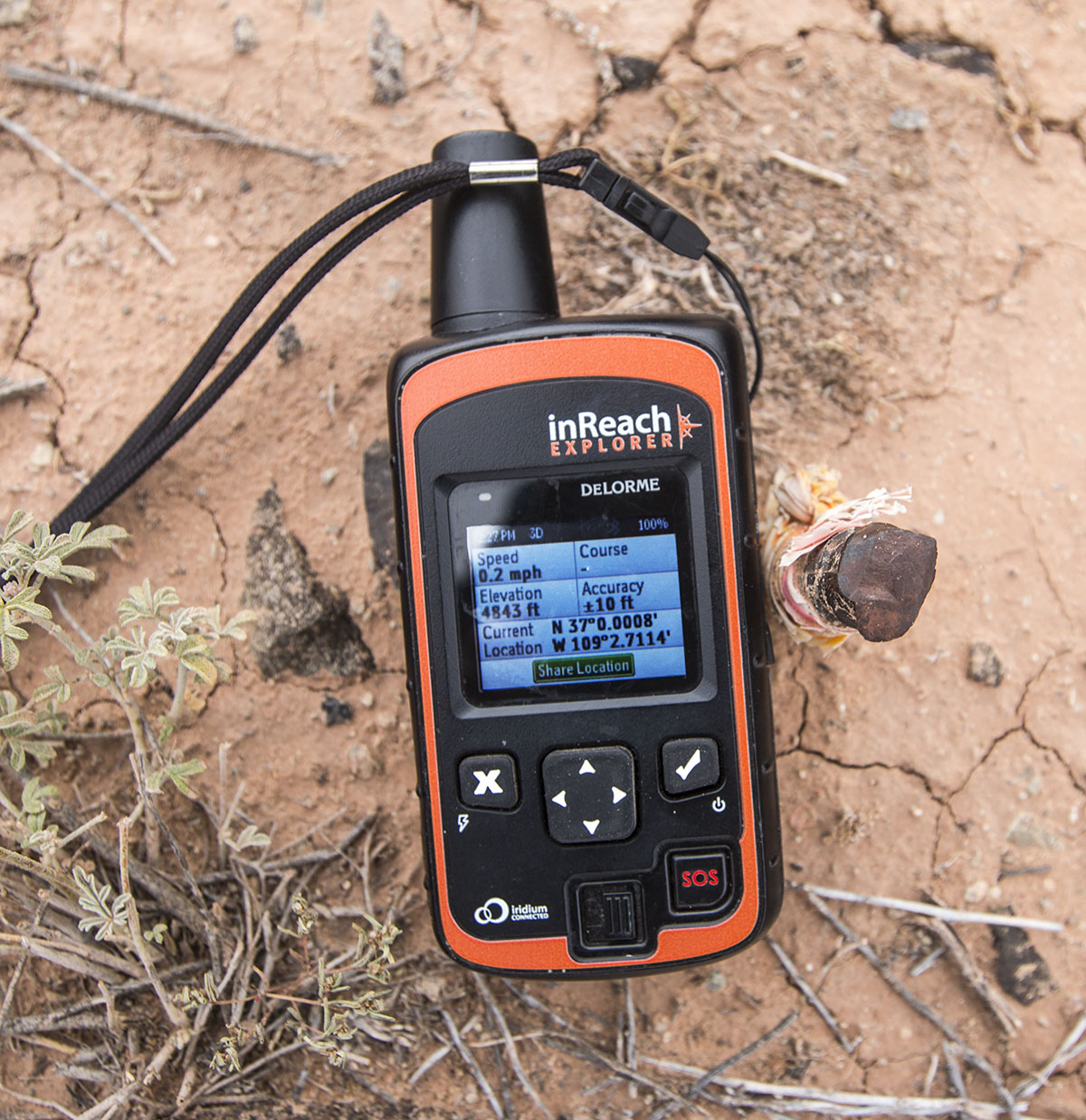